When I first read the title of this book, The Highest Number in the World, I wasn't quite sure what to expect. Was this a picture book about counting? Perhaps about a googol? Maybe something to do with infinity? I looked at the cover. A bird's eye view of a girl geared up for hockey. Standing in the middle of an ice rink. Looking upward. At some sort of banner. But what exactly was so important about the banner and what did this 'highest number' mean, I wondered. 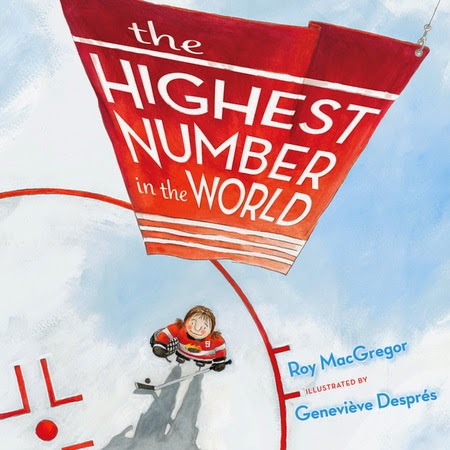 The Highest Number in the World written by Roy MacGregor, illustrated by Geneviève Deprés and published by Tundra Books is a touching story of a talented nine-year-old hockey player named Gabe (short for Gabriella), her struggle of coming to terms with disappointment and a passionate, caring grandmother.

Gabe is playing for a new team and hopes to wear a team jersey displaying her idol’s #22 (of course, Hayley Wickenheiser). But it’s not meant to be…she is given the #9 jersey by her coach. Gabe is shattered. Her mom tries to convince Gabe that it's "just a number". But it’s her grandmother’s guidance, empathy and sharing of some hockey history about the legendary #9 that inspires Gabe to make her decision to accept the number - 'the highest number in the world'.

The author, Roy MacGregor, clearly understands hockey. After all, he's been and continues to be a sports/hockey journalist. And this comes through in the book's text and dialogue. He's also written a series of hockey mystery books, Screech Owls (22 books in all at the moment - there's that number again!)

The illustrations by Geneviève Deprés are fresh, colourful and detailed. She shows the physicality of Gabe’s emotional reactions. My favourite picture is of Gabe under the bedcovers with her arm dangling down and her sock monkey in the very same position! Oh those drooping arms – they say it all.

It's a book both boys and girls, ages six to nine, will enjoy. Parents and teachers (and grandmothers!), too. And it's a book not only for the hockey or sports enthusiast. There are some terrific topics for discussion at home and in the classroom:  dealing with disappointment, family relationships, stereotypes, gender-equality.

This book has been nominated for the Ontario Library Association's 2015 Blue Spruce Award. You can go to your school or local public library and participate by voting for your favourite book. Perhaps this is it!

For me, this book all adds up to a hat-trick - in its story, words and images! 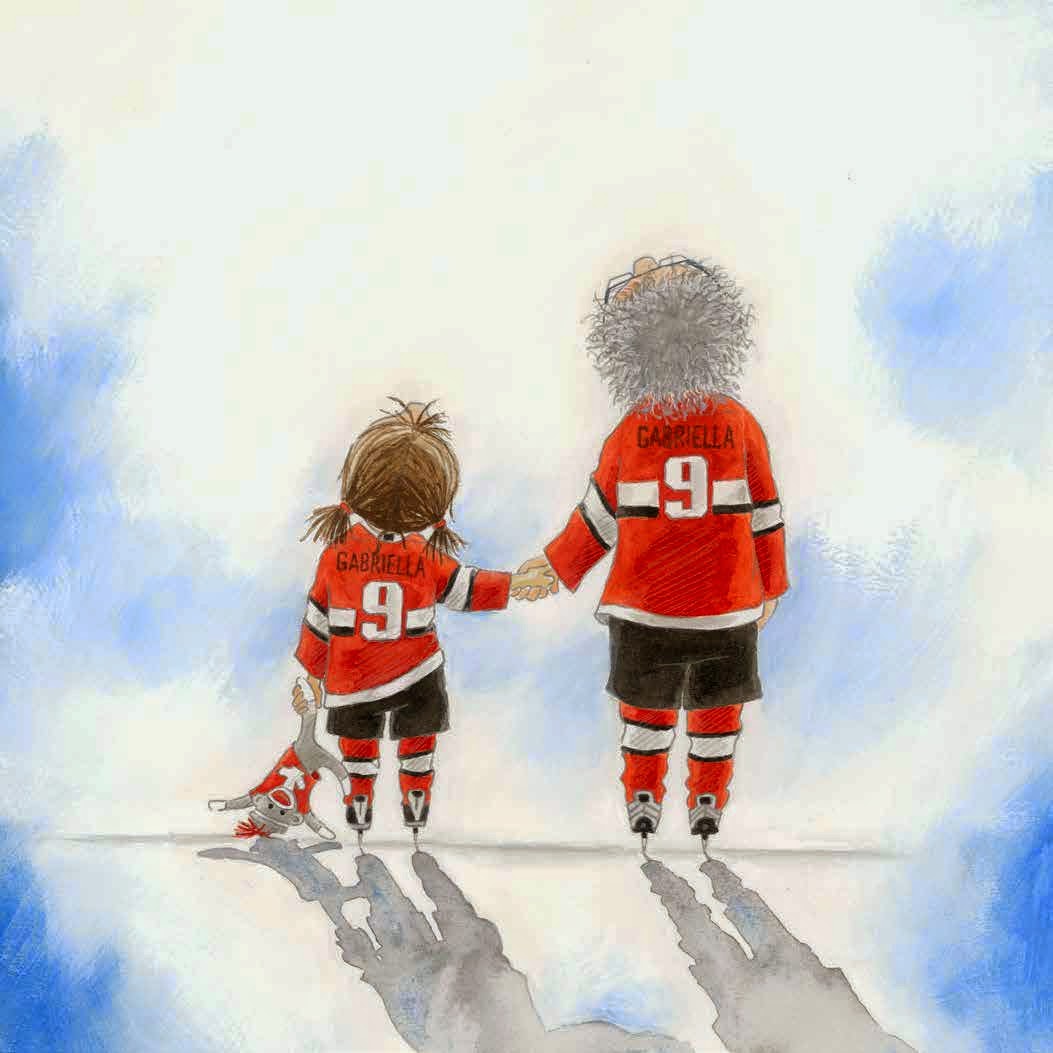 I come from a hockey-loving family. My brothers all played hockey (me, too...I was often goalie in our games of driveway and street hockey...hmm) and even against the great Wayne Gretzky as well as Murray Howe - just as Roy MacGregor, I found out, played against the amazing Bobby Orr. My children played organized hockey as well. We continue to watch Hockey Night in Canada. And my nieces and sister-in-law are SUPER-FANS of Hayley Wickenheiser. (We've also often teased ourselves with the notion that Vic Stasiuk is our uncle!) So I was very pleased to take part in this month’s hockey-themed Tundra Reading Club discussion. And thank you, Samantha Devotta, for sharing the PDF version of the book and illustrations!

What Gabe needs before a practice or a game is some energy food. A good breakfast to begin the day. Some homemade granola is just the right teammate for this tale! 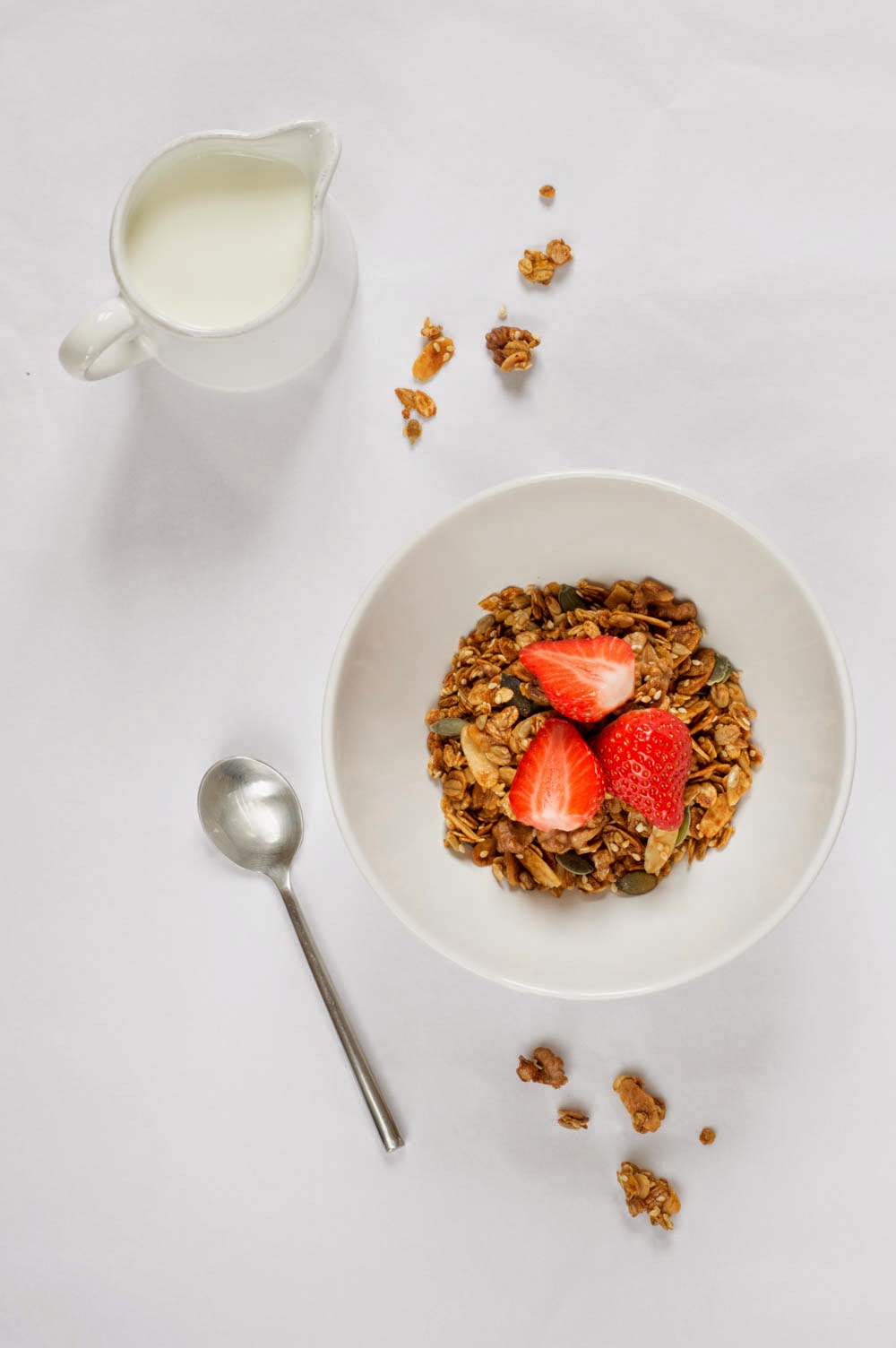 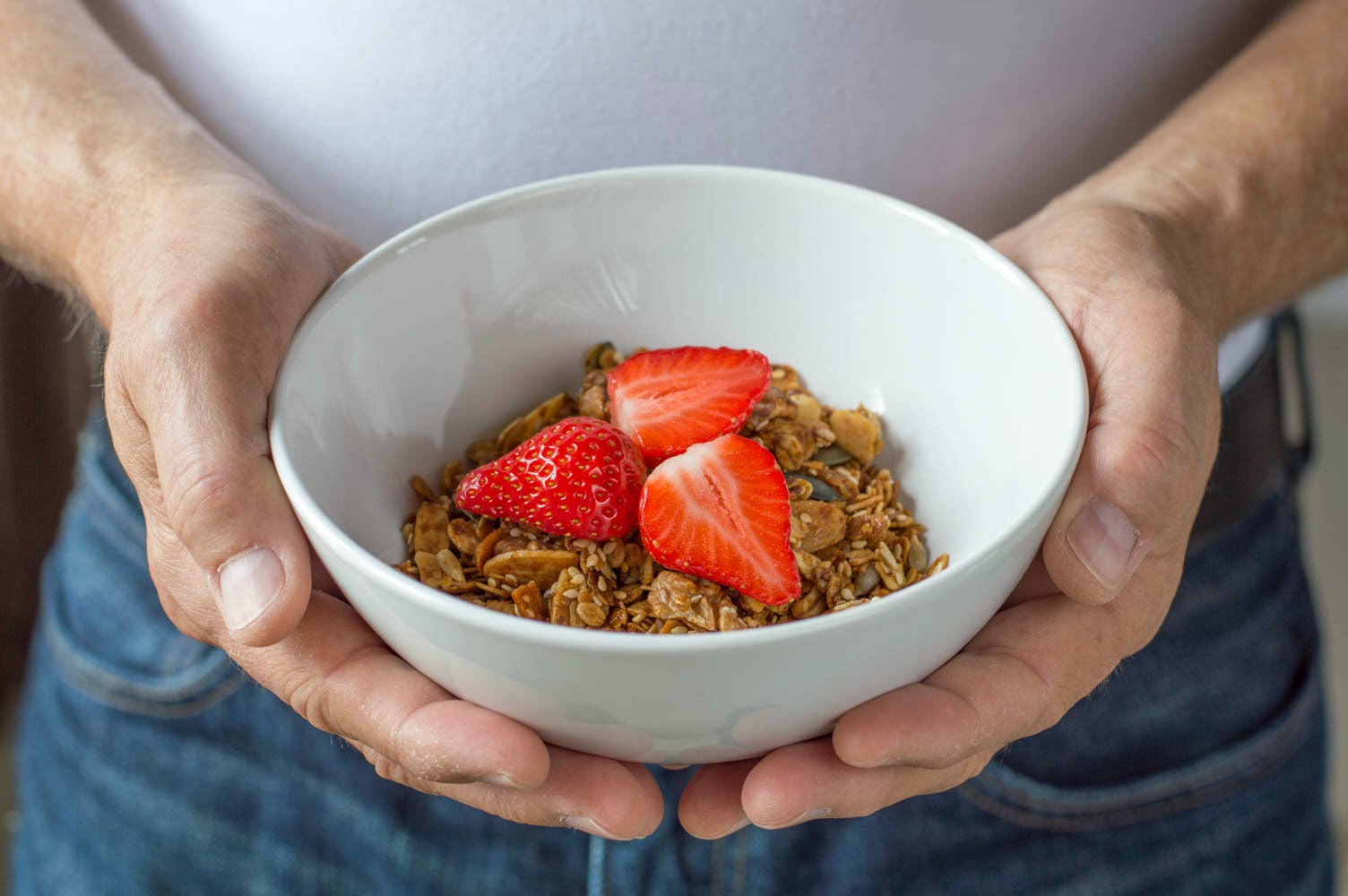 
2.  In a small bowl muddle together:

½ cup (125 ml) liquid honey
½ cup (100 g) packed light or dark brown sugar
a scant ½ cup (125 ml) extra virgin olive oil
Scraped seeds of 1 vanilla pod or 1 tsp pure vanilla extract
½ tsp kosher or sea salt
(This mixture will be quite thick and may not totally come together - don't worry - it will when it combines with the dry ingredients.)

3.  Combine the dry and wet ingredients until evenly mixed. (And here's where you'll likely need to get your hands in the bowl!)

5.  Let cool. The mixture will become dry and crispy. Store in an airtight container. The granola will keep for approximately one week.

5.  Enjoy with a dollop of yogurt or a splash of milk (almond milk is good, too!) and a sprinkling of fresh or dried fruit of your choice. 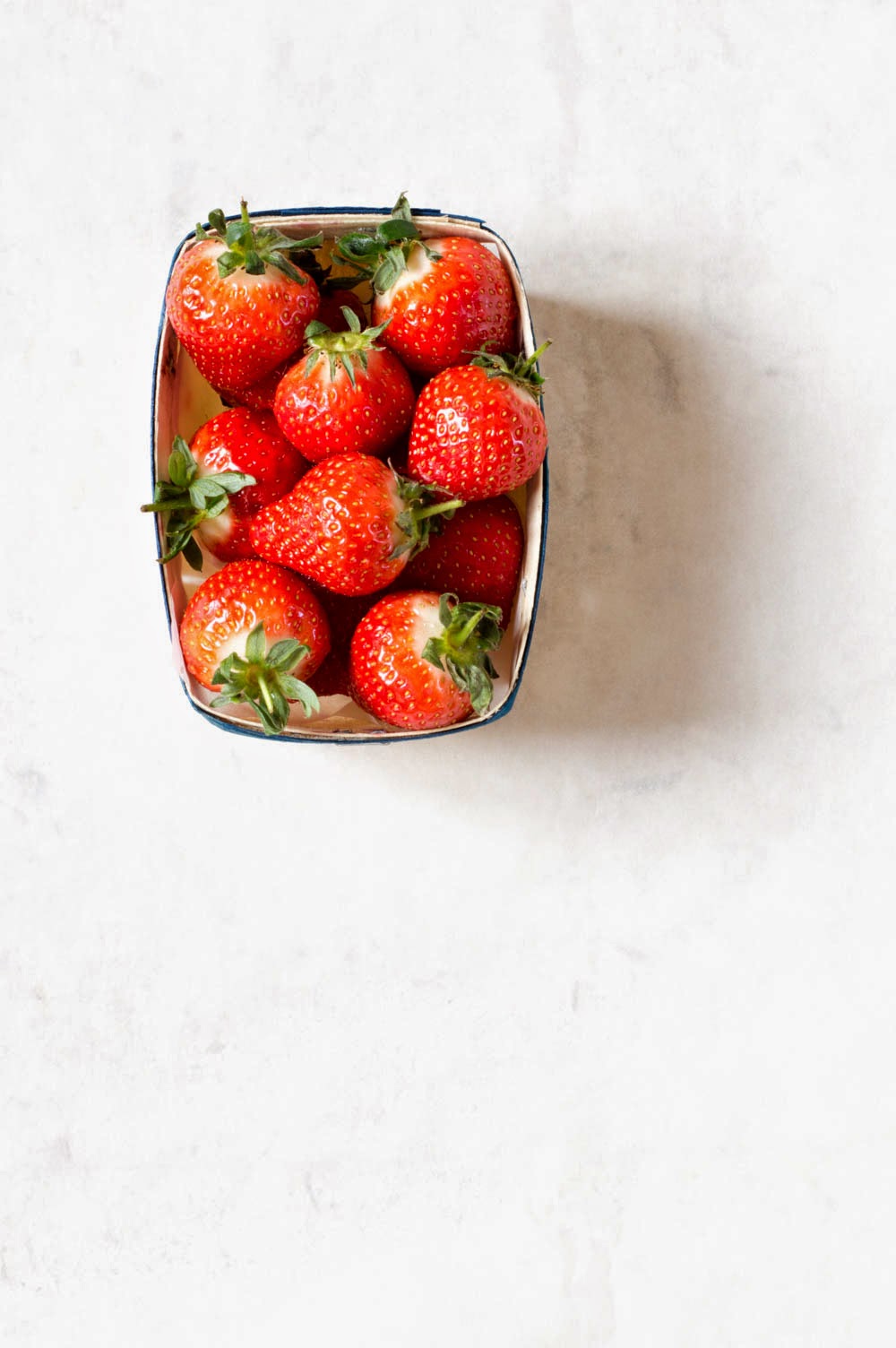 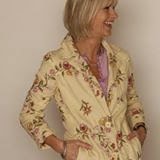